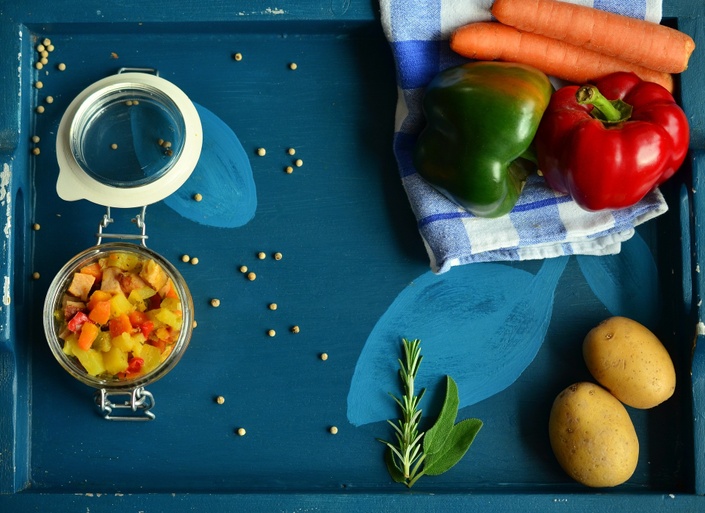 The coupon code you entered is expired or invalid, but the course is still available!

If you answered "yes" to any of these questions, than this FREE webinar is for you!

In this webinar Alegre Ramos, creator of a method of food preparation known as "Intuitive Cooking," will introduce you to a new way of thinking about cooking from scratch. In this webinar, you will:

About Alegre: Alegre knows that anyone can learn these skills because she is a completely self-taught cook. She first began cooking in response to a family crisis, and that experience of contributing to her family cemented in her a lifelong love for nurturing through food. She developed a gourmet food product that was sold in specialty food stores all over California and at pop-up events at Williams-Sonoma. She's an award-winning speaker and mom, who loves to teach. Here are some testimonials from her students:

“Thank you for the excellent cooking class today. I had much fun and really learned a lot .” -David Y.

“We had so much fun! Alegre is inspiring and entertaining and the food is delicious.” -Jeanne L.

“Great class for someone who hates to cook!” -Judi B.

“I always learn something.” -Mary O. (veteran of multiple workshops)

Alegre Ramos believes the world would be a better place if everyone pursued their passion and lived with vibrant health, and she is passionate about leaving a positive impact by inspiring people to live happier, healthier, and more creative lives. Although she is a fourth generation food entrepreneur, she is also a completely self-taught cook, because everyone in her family likes cooking too darn much to actually teach it (except her of course)!

Background: Alegre’s entrepreneurial adventures began with a sustainable design practice founded in 2004. This was a natural outgrowth of her personal lifestyle as she gave up soda at 11, nail polish at 18, and hair chemicals at 20.

However, her life has not been a perfect upward trajectory in her quest for optimum health. At 21, her health hit rock-bottom in college, forging in her an interest in health and nutrition. At 27 she suffered from adult onset cystic acne, forging her interest in nutritional cleansing. At 32 she began to prepare herself for pregnancy, forging her interest in natural childbirth. All of these experiences have led her to a place of health, wellness, and vibrancy that she previously had not known was possible .

Her first business, Green and Greener, an eco-consulting and design business, was founded in 2004. In 2012, Alegre was tapped by Howcast, a top 10 YouTube channel, to be their Green Living Expert for a series of 50 “Basics of Green Living” series, which launched in November 2013 and received over a quarter-of-a-million views its first month.

She has been featured in numerous media including the LA Times, The Huffington Post, and Apartment Therapy and has appeared on CBS, the Discovery Channel, E!, KTLA, KCAL9 and Univision. She is an award-winning speaker and has presented at events for the City of Los Angeles, UCLA, and the LA Green Festival to name a few. She was also recognized as a Rising Star by the SFV Business Journal and was hand-picked to design Global Green’s Annual Oscar Party where she created an enchanted forest with LED lightbulbs. Check out her short, actionable videos on her YouTube channel.

She launched her first food product in 2012: Gazpacho Shots, a gourmet one-step gazpacho mix that was organic, raw, vegan and preservative-free, and sold in gourmet food stores around California as well as pop-up events at Williams-Sonoma.

For more about Alegre, visit her website: AlegreRamos.com or subscribe to her podcast, "Alegre", available on iTunes, Google Play, and other podcast listening apps

Intuitive Cooking Introduction
Available in days
days after you enroll

When does the course start and finish?
The course starts now and never ends! It is a completely self-paced online course - you decide when you start and when you finish.
How long do I have access to the course?
How does lifetime access sound? After enrolling, you have unlimited access to this course for as long as you like - across any and all devices you own.
What if I am unhappy with the course?
We would never want you to be unhappy! If you are unsatisfied with your purchase, contact us in the first 7 days and we will give you a full refund.
off original price!

The coupon code you entered is expired or invalid, but the course is still available!